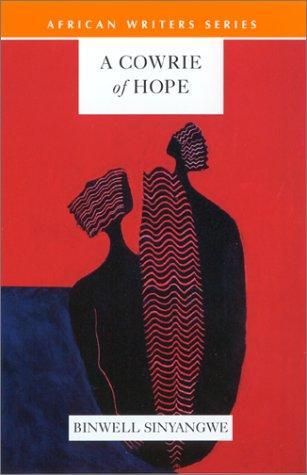 “These were the nineties,” reflects the narrator of “A Cowrie of Hope,” and for the young widow Nasula, they are years of relentless economic hardship and privation.

She dreams of a better life for her beautiful daughter, Sula, free from poverty and independent of marriage. But when Nasula finds herself unable to pay for Sula’s education, her hopes seem to have been extinguished – until a friend advised her to go to Lusaka and sell her last sack of highly sought-after Mbala beans. Nasula makes the journey, but in the city she finds herself exposed to new, and predatory, dangers.

In “A Cowrie of Hope,” Binwell Sinyangwe captures the rhythms of a people whose poverty has not diminished their dignity, where hope can only be accompanied by small acts of courage, and where friendship has not lost its value.

Binwell Sinyangwe (born 1956) is a Zambian novelist writing in English. He studied industrial economics in Bucharest.

Be the first to review “A Cowrie of Hope” Cancel reply