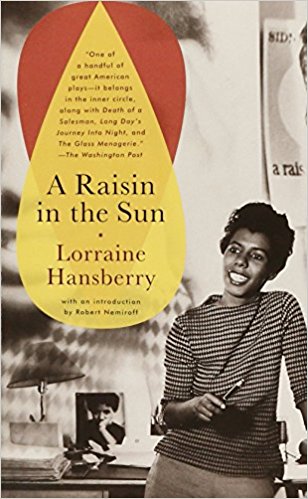 In south side Chicago, Walter Lee, a black chauffeur, dreams of a better life, and hopes to use his father’s life insurance money to open a liquor store.

His mother, who rejects the liquor business, uses some of the money to secure a proper house for the family. Mr Lindner, a representative of the all-white neighbourhood, tries to buy them out. Walter sinks the rest of the money into his business scheme, only to have it stolen by one of his partners. In despair, Walter contacts Lindner and almost begs to buy them out, but with the help of his wife, Walter finally finds a way to assert his dignity.

Deeply committed to the black struggle for equality and human rights, Lorraine Hansberry’s brilliant career as a writer was cut short by her death when she was only 35. A Raisin in the Sun was the first play written by a black woman to be produced on Broadway and won the New York Drama Critics Circle Award. Hansberry was the youngest and the first black writer to receive this award.

Lorraine Hansberry (1930-1965) electrified the theatrical world with her first play, A Raisin in the Sun, which won the New York Critics Circle Award for the 1958-59 season. Before her tragic death from cancer at the age of 34, she had already produced a remarkable body of work, including The Sign in Sidney Brustein’s Window and Les Blancs. Her former husband and literary executor, the late Robert Nemiroff, posthumously produced and published her To Be Young, Gifted and Black and the musical Raisin.

The Parley Tree: An Anthology of Poets from French-Speaking Africa and the Arab World