And Crocodiles Are Hungry At Night 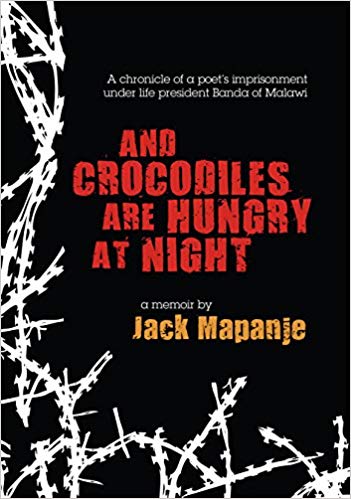 And Crocodiles Are Hungry At Night

This book is a powerful contribution to the genre of the prison memoir in Africa.

Jack Mapanje represents the moving account of a poet’s imprisonment by the state, the struggle to probe the hidden motives behind his arrest and his attempt to provide an unforgettable record of the architecture of imprisonment, the archeology of oppression and the perpetual struggle between the forces of trust and those of naked power.

Mapanje’s release after three years, seven months and sixteen days was largely due to British and international protest campaigns by human rights organizations and ordinary citizens.

This book is a must read for anyone who believes in international justice and freedom of expression, a moving contribution to the growing world literature of incarceration. As such, it has universal appeal.

Jack Mapanje (born 25 March 1944)[1] is a Malawian writer and poet. He was the head of English at the Chancellor College, the main campus of the University of Malawi before being imprisoned in 1987 for his collection Of Chameleons and Gods, which indirectly criticized the administration of President Hastings Banda. He was released in 1991 and emigrated to the UK, where he worked as a teacher.