Cairo: Memoir of a City Transformed 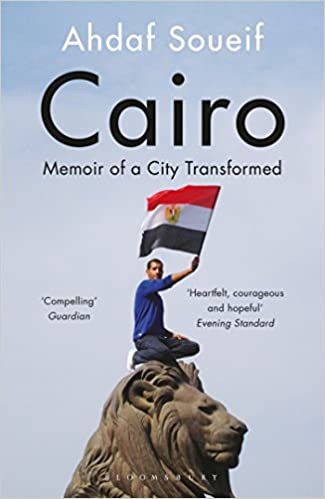 Cairo: Memoir of a City Transformed

Ahdaf Soueif was born and brought up in Cairo. When the Egyptian Revolution of 2011 erupted on January 25th, she, along with thousands of others, called Tahrir Square home for eighteen days. She reported for the world’s media and did, like everyone else, whatever she could.

Cairo tells the story of the Eygyptian Revolution, of how on the 28th of January when The People took the Square and torched the headquarters of the hated ruling National Democratic Party, The (same) People formed a human chain to protect the Antiquities Museum and demanded an official handover to the military; it tells how, on Wednesday, February 2nd, as The People defended themselves against the invading thug militias and fought pitched battles at the entrance to the Square in the shadow of the Antiquities Museum, The (same) People at the centre of the square debated political structures and laughed at stand-up comics and distributed sandwiches and water. People everywhere want to make this Revolution their own, and we in Egypt want to share it.

Ahdaf Soueif, novelist, commentator, and activist, navigates her history of Cairo and her journey through the Revolution that’s redrawing its future. Through a map of stories drawn from private history and public record Soueif charts a story of the Revolution that is both intimately hers and publicly Egyptian.

Ahdaf Soueif is the author of two novels, In the Eye of the Sun and The Map of Love, which was short-listed for the Booker Prize in 1999; a story collection, I Think of You; and an essay collection, Mezzaterra: Notes from the Common Ground. She lives in Cairo, where she was born.

Be the first to review “Cairo: Memoir of a City Transformed” Cancel reply