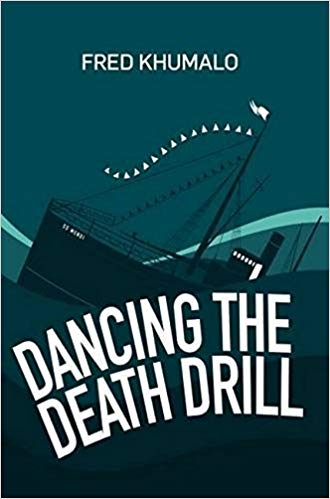 Paris, 1958. An Algerian waiter at the world famous restaurant, La Tour d’Argent, is arrested for the murder of two customers.

As he awaits trial, his long-time friend, celebrated jazz musician and artist Jerry Moloto, is hounded by an opportunistic and ambitious journalist hoping to make a name for himself by being the first to reveal the real story behind the waiter’s sudden extreme act of violence.

Culling details from memory and from the waiter’s own journals, the story emerges that he is actually Pitso Motaung, a mixed race South African who had volunteered to fight for the British army in the First World War. Through a tragic twist of fate, Pitso finds himself enlisted aboard the ill-fated SS Mendi the formidable warship sunk off the coast of the Isle of Wight, killing 646 people, including many black South African soldiers. Pitso witnesses many tragic events during the crossing and at the time of the sinking but one particularly cruel moment will stay with him for the rest of his life, resurfacing decades later to devastating effect.

Commemorating the 100th year anniversary of the sinking of the SS Mendi, Dancing the Death Drill paints a brilliant picture of a moment in history and brings to life some of the stories from the many who perished as well as of those who survived.

Fred Khumalo has been described as a ‘reluctant Zulu’, ‘clever black’ and an ‘equal opportunity offender’. He completed his MA in creative writing from Wits University with distinction and is the recipient of a Nieman Fellowship from Harvard University.

His writing has appeared in various publications, including the Sunday Times, the Toronto Star, New African magazine, the Sowetan and Isolezwe. In 2008, he hosted Encounters, a public-debate television programme, on SABC 2. His books include Bitches Brew, Seven Steps to Heaven and Touch My Blood.

Be the first to review “Dancing the Death Drill” Cancel reply