Dark Heart of the Night 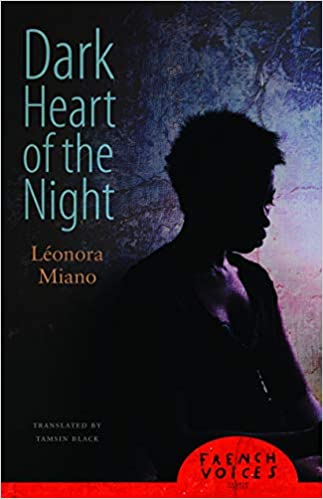 Dark Heart of the Night

What is Africa’s own “heart of darkness”? It is what confronts Ayané when, after three years abroad, she returns to the Central African village of her birth. Now an “outsider” with foreign ways distrusted by her fellow villagers, she must face alone the customs and superstitions that bind this clan of men and women. When invading militia organize a horrific ceremony that they claim will help reunite Africa, Ayané is forced to confront the monstrosity of the act that follows, as well as the responsibility that all the villagers must bear for silently accepting evil done in their name.
Through Ayané’s unwilling witness, Léonora Miano probes the themes of submission and responsibility and questions the role of Africans in the suffering of their fellows. Also exploring African identity, Dark Heart of the Night is a profoundly disturbing novel in its evocation of the darkest side of people driven by their instinct to survive.
Add to Wishlist
Facebook Twitter Google+ LinkedIn

Léonora Miano (born 1973, in Douala) is a Cameroonian author. She moved to France in 1991, where she first settled in Valenciennes and then in Nanterre to study American Literature.

She published her first novel, Dark Heart of the Night, which was well received by French critics, receiving six prizes: Les Lauriers Verts de la Forêt des Livres, Révélation (2005), the Louis Guilloux prize (2006), the Prix du Premier Roman de Femme (2006), the René-Fallet prize (2006), the Bernard-Palissy prize (2006),and the Cameroonian Excellence prize (2007). The Lire magazine awarded it with the title of the best first French novel in 2005.