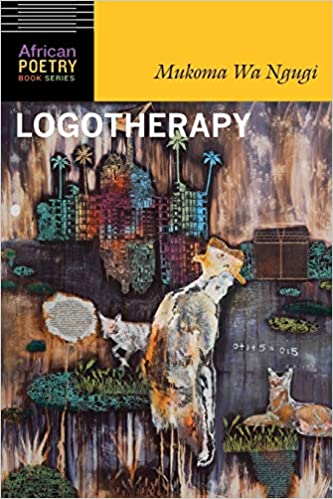 Written as a tribute to family, place, and bodily awareness, Mukoma Wa Ngugi’s poems speak of love, war, violence, language, immigration, and exile. From a baby girl’s penchant for her parents’ keys to a warrior’s hunt for words, Wa Ngugi’s poems move back and forth between the personal and the political. In the frozen tundra of Wisconsin, the biting winds of Boston, and the heat of Nairobi, Wa Ngugi is always mindful of his physical experience of the environment. Ultimately it is among multiple homes, nations, and identities that he finds an uneasy peace.

Mukoma Wa Ngugi is a novelist and poet, whose books include the novel Nairobi Heat and the poetry collection Hurling Words at Consciousness. He was short listed for the Caine Prize for African writing in 2009, and for the 2010 Penguin Prize for African Writing.

His columns have appeared in the Guardian, International Herald Tribune, and the Los Angeles Times, and he has been a guest on Democracy Now, Al Jazeera, and the BBC World Service. His stories and poetry have been published in the Kenyon Review, Kwani!, Chimurenga and Tin House Magazine, among other places.

Mukoma was born in 1971 in Evanston, Illinois and grew up in Kenya before returning to the United States for his undergraduate and graduate education. He is currently a professor of English at Cornell University.

Be the first to review “Logotherapy” Cancel reply

Bu Me Be: Proverbs of the Akans

This Will Be My Undoing : Living at the Intersection of Black, Female, and Feminist in (White) America

In the Name of the Mother: Reflections on Writers and Empir