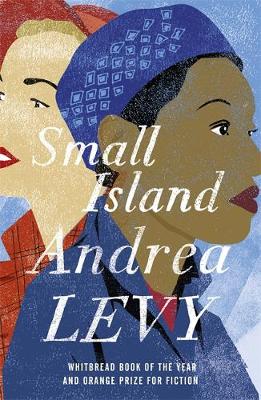 Hortense Joseph arrives in London from Jamaica in 1948 with her life in her suitcase, her heart broken, her resolve intact. Her husband, Gilbert Joseph, returns from the war expecting to be received as a hero, but finds his status as a black man in Britain to be second class. His white landlady, Queenie, raised as a farmer’s daughter, befriends Gilbert, and later Hortense, with innocence and courage, until the unexpected arrival of her husband, Bernard, who returns from combat with issues of his own to resolve.

Told in these four voices, Small Island is a courageous novel of tender emotion and sparkling wit, of crossings taken and passages lost, of shattering compassion and of reckless optimism in the face of insurmountable barriers—in short, an encapsulation of that most American of experiences: the immigrant’s life.

Andrea Levy was born in England to Jamaican parents. She is the author of four other novels, including Every Light in the House Burning (1995), Never Far from Nowhere (1996), Fruit of the Lemon (1999), and Small Island (2005). Small Island won both the Whitbread Book of the Year Award and the Orange Prize for Fiction: Best of the Best. Selling over a million copies worldwide, Small Island was also adapted for the small screen in a critically acclaimed series that aired on BBC and will debut on PBS's Masterpiece Classic on April 18 and 25, 2010. Levy lives in London.

Be the first to review “Small Island” Cancel reply