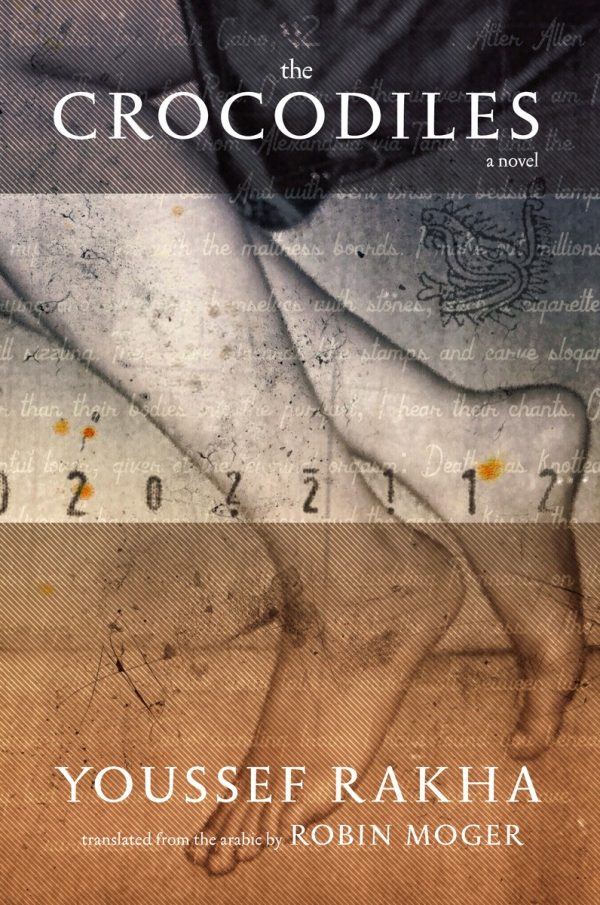 A ferocious and urgent novel of the Arab Spring that begins with a suicide and ends with a doomed revolution, covering sex, violence, metafiction, deception, lost youth, and the last thirty years of a living, breathing, daring, burning, culturally infested Cairo.

This novel is narrated by a man who looks back on the magical and explosive period of his life in which he started a secret poetry club with two friends, doing the things that all young men ought to do: messy drugs, fierce older-woman-activist lovers, violent sex and passive politics, clumsy but determined intellectual bravado, retranslations of the Beat poets, growing up into and growing out of the city. One difference between The Crocodiles and any other novel is that it’s set in Cairo between 1997 and 2011, against the backdrop of a burning Tahrir Square and a revolution that we know, even then, will fail. Read and you may well weep.

Youssef Rakha (Arabic: يوسف رخا; born on 12 June 1976 in Cairo, Egypt) is an Egyptian writer. His work explores language and identity in the context of Cairo, and reflects connections with the Arab-Islamic canon and world literature. He has worked in many genres in both Arabic and English, and is known for his essays and poems as well as his novels.

Be the first to review “The Crocodiles” Cancel reply