The Dragons, the Giant, the Women: A Memoir 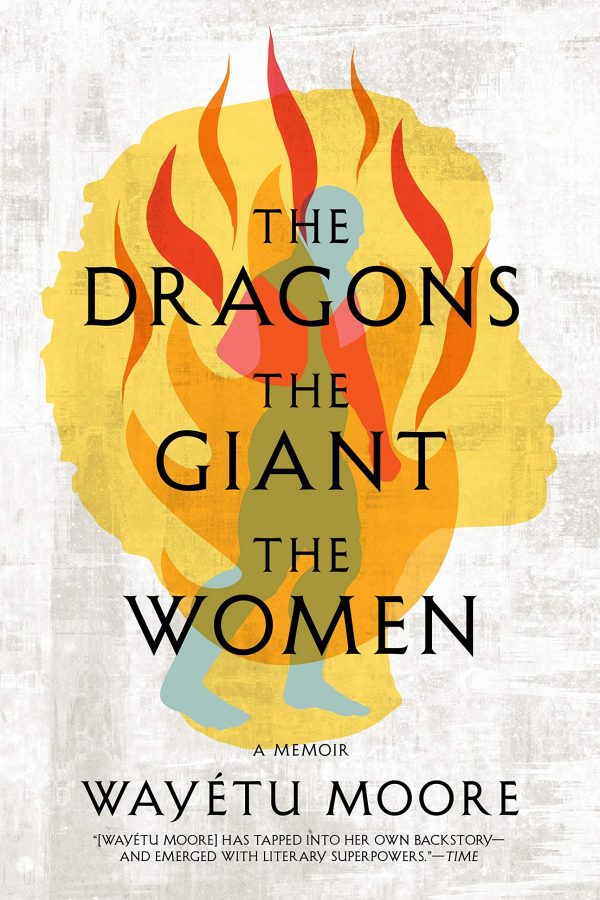 The Dragons, the Giant, the Women: A Memoir

A powerful and poignant memoir of survival and resistance by the critically acclaimed author of She Would Be King, about her family’s dramatic escape from the Liberian Civil War, and how they were eventually reunited

My Ol’ Ma says the best stories do not always end happily, but happiness will find its way in there somehow.

When Wayétu Moore turns five years old, her father and grandmother throw her a party at home in Monrovia, Liberia. Yet all she can think about is how much she misses her mother, studying in faraway New York. Before they can be reunited, the Civil War breaks out in Liberia. The family is forced to flee their home on foot, walking along dangerous roads to the relative safety of their ancestral village. Here they will hide until a remarkable rescue by a rebel soldier, who smuggles them across the border.

The Dragons, The Giant, The Women spans this heartbreaking journey into childhood, and Moore’s years adjusting to life in the USA, where she discovers a new kind of danger, as a black woman and an immigrant. This is an unforgettable memoir of the search for home in the midst of political upheaval, and an intimate story about the tenacious power of love and family.

Wayétu Moore (born 1985) is a Liberian-American author and social entrepreneur. Her debut novel, She Would Be King, was published by Graywolf Press in September 2018, and was named a best book of 2018 by Publishers Weekly, Booklist, Entertainment Weekly & BuzzFeed. The novel was positively reviewed by Time Magazine, The New York Times, and The New Yorker. Moore has published work in The New York Times, The Paris Review, Guernica Magazine, The Atlantic, and other journals. She was awarded a Lannan Literary Fellowship for fiction in 2019. In 2011, Moore founded a publishing house and nonprofit organization, One Moore Book, which publishes and distributes books intended for children in countries underrepresented in literature.

Be the first to review “The Dragons, the Giant, the Women: A Memoir” Cancel reply