The Hills of Hebron 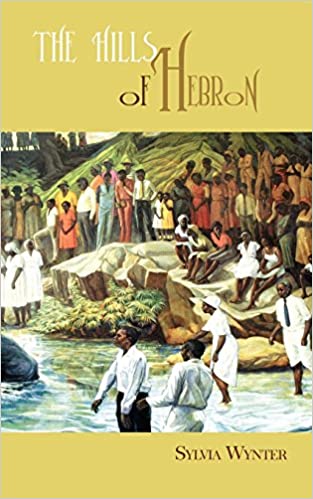 The Hills of Hebron

When Sister Rose, the beautiful young wife of Obadiah, the leader of the Church of New Believers, becomes pregnant, the hillside community of Hebron is thrown into a whirlwind of suspicion, disbelief and doubt. For Obadiah had taken a vow of chastity, not to lay with Rose for one year and one month. Obadiah protests his innocence to the congregation but the revelation of the pregnancy is the climax of the continuing power struggle between Obadiah and the jealous and ambitious Miss Gatha, Rose’s adoptive mother. Unrelenting and scathing in her attacks on Obadiah, Miss Gatha seeks to secure the succession of her son, the clubfooted Isaac, to his rightful place as leader of the new Believers, a position held by his father, the Prophet Moses who had led the New Believers into exile to build their Utopian community, the promised land in Hebron. Written in the late 1950s on the cusp of Jamaica’s independence from Britain, The Hills of Hebron tells the story of a group of formerly enslaved Jamaicans as they attempt to create a new life and assert themselves against the colonial power. Strongly anti-colonial, the novel depicts Hebron as a Revivalist community embracing Afro-Caribbean religious practices and gives voice to the social forces of that period in Jamaican and Caribbean history. Based on the early twentieth century Bedwardism movement (a revivalist group led by Alexander Bedward), The Hills of Hebron, was one of the first attempts to present the lives of black Jamaicans not as colonial subjects, but as independent human beings.

The Honourable Sylvia Wynter, O.J. (Holguín, Cuba, 11 May 1928) is a Jamaican novelist, dramatist, critic, philosopher, and essayist. Her work combines insights from the natural sciences, the humanities, art, and anti-colonial struggles in order to unsettle what she refers to as the "overrepresentation of Man." Black studies, economics, history, neuroscience, psychoanalysis, literary analysis, film analysis, and philosophy are some of the fields she draws on in her scholarly work.

Be the first to review “The Hills of Hebron” Cancel reply

What It Means When A Man Falls From the Sky