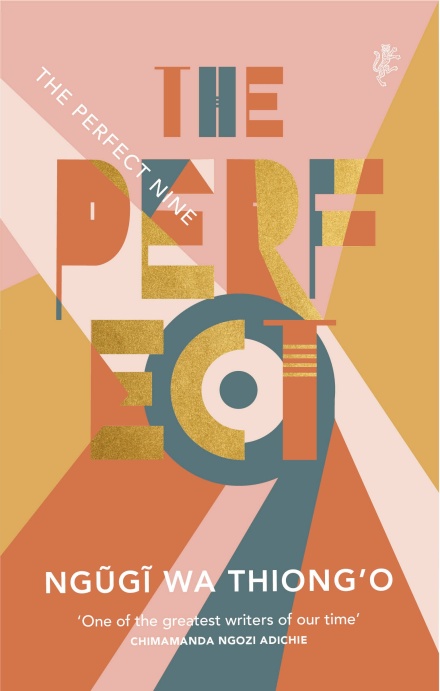 LONGLISTED FOR THE 2021 INTERNATIONAL BOOKER PRIZE

A dazzling, genre-defying novel in verse, full of trial and sacrifice, The Perfect Nine is a glorious epic about the founding of Kenya’s Gikuyu people and the ideals of beauty, courage and unity.

‘One of the greatest writers of our time’ Chimamanda Ngozi Adichie

Gikuyu and Mumbi settled on the peaceful and bounteous foot of Mount Kenya after fleeing war and hunger. When ninety-nine suitors arrive on their land, seeking to marry their famously beautiful daughters, called The Perfect Nine, the parents ask their daughters to choose for themselves, but to choose wisely.

First the young women must embark on a treacherous quest with the suitors, to find a magical cure for their youngest sister, Warigia, who cannot walk. As they journey up the mountain, the number of suitors diminishes and the sisters put their sharp minds and bold hearts to the test, conquering fear, doubt, hunger and many menacing ogres, as they attempt to return home. But it is perhaps Warigia’s unexpected adventure that will be most challenging of all.

Blending folklore, mythology and allegory, Ngugi wa Thiong’o chronicles the adventures of Gikuyu and Mumbi, and how their brave daughters became the matriarchs of the Gikuyu clans, in stunning verse, with all the epic elements of danger, humour and suspense.

Ngugi wa Thiong'o is an award-winning novelist, playwright, and essayist from Kenya whose novels have been translated into more than thirty languages. He lives in Irvine, California, where he is Distinguished Professor of English and Comparative Literature at the University of California, Irvine.

Be the first to review “The Perfect Nine” Cancel reply

The Souls of Black Folk

Bu Me Be: Proverbs of the Akans