The Rosewater Redemption: Book 3 of the Wormwood Trilogy 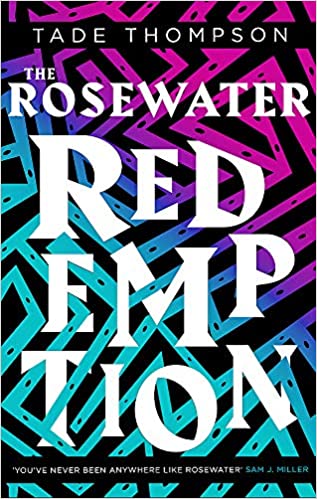 The Rosewater Redemption: Book 3 of the Wormwood Trilogy

Life in the newly independent city state of Rosewater isn’t everything its citizens were expecting . . .

Mayor Jacques finds that debts incurred during the insurrection are coming back to haunt him.
Nigeria isn’t willing to let Rosewater go without a fight . . .
And among the city’s alien inhabitants, a group has emerged who murder humans to provide bodies for their takeover . . .

Operating across spacetime, the xenosphere and international borders, it is up to a small group of hackers and criminals to prevent the extraterrestrial advance. The fugitive known as Bicycle Girl, Kaaro and his old handler Femi, may be humanity’s last line of defence.

The Rosewater Redemption is the powerful conclusion to Tade Thompson’s award-winning Wormwood trilogy.

Tade Thompson is a British born Yoruba psychiatrist who is best known for his science fiction novels.

Be the first to review “The Rosewater Redemption: Book 3 of the Wormwood Trilogy” Cancel reply