The Sun Will Soon Shine 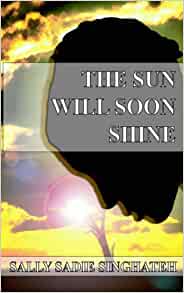 The Sun Will Soon Shine

For an intelligent, ambitious girl growing up in a Gambian village, life holds few tempting prospects. Marriage and motherhood, often forced, are the paths assigned to most. Nyima, too, is subject to this fate, as well as having to endure the health-endangering ongoing practice of genital mutilation. But ours is a heroine of immense courage, able to see beyond her situation, despite the bleakness of life. She makes it through her darkest hours, and emerges stronger on the other side, though permanently scarred by her ordeals. It is in education and work that Nyima finds her salvation, and begins to rebuild her life, and indeed be reborn. The question is, though, can she ever truly love or trust again? This is a moving and emphatic tale of a young woman’s struggle to come to terms with her past and culture, and above all, the possibility of having a future to look forward to, no matter what the odds.

Sally Sadie Singhateh (born 1977) is a Gambian poet and novelist.