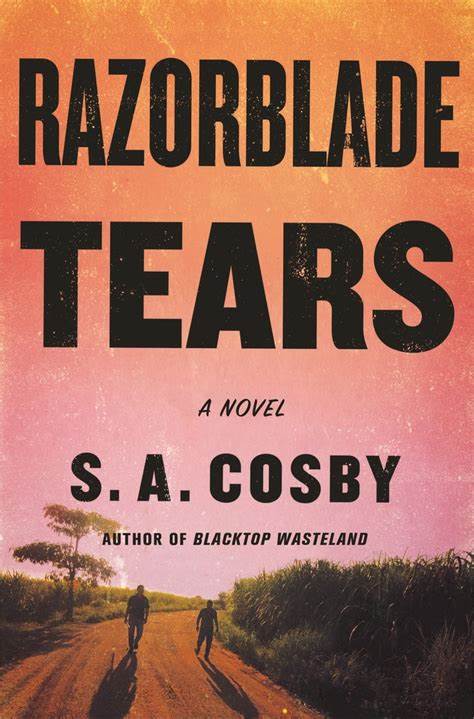 Ike Randolph left jail fifteen years ago, with not so much as a speeding ticket since.
But a Black man with cops at the door knows to be afraid.

Ike is devastated to learn his son Isiah has been murdered, along with Isiah’s white husband, Derek. Though he never fully accepted his son, Ike is broken by his death.

Derek’s father Buddy Lee was as ashamed of Derek being gay as Derek was of his father’s criminal past. But Buddy Lee – with seedy contacts deep in the underworld – needs to know who killed his only child.

Desperate to do better by them in death than they did in life, two hardened ex-cons must confront their own prejudices about their sons – and each other – as they rain down vengeance upon those who hurt their boys.

A provocative revenge thriller and an achingly tender story of redemption, this novel is a ferocious portrait of grief; for those loved and lost, and for mistakes than can never truly be undone

S. A. Cosby is an Anthony Award-winning writer from Southeastern Virginia. He is the author of the New York Times bestseller Razorblade Tears and Blacktop Wasteland, which won the Los Angeles Times Book Prize and was a New York Times Notable Book, the Sun Sentinel’s and BookPage's #1 Best Mystery of the year, a Goodreads Choice Awards Semifinalist, and was named a best of the year by NPR, The Guardian, and Library Journal, among others. When not writing, he is an avid hiker and chess player.

Be the first to review “Razorblade Tears” Cancel reply

The Screaming of the Innocent