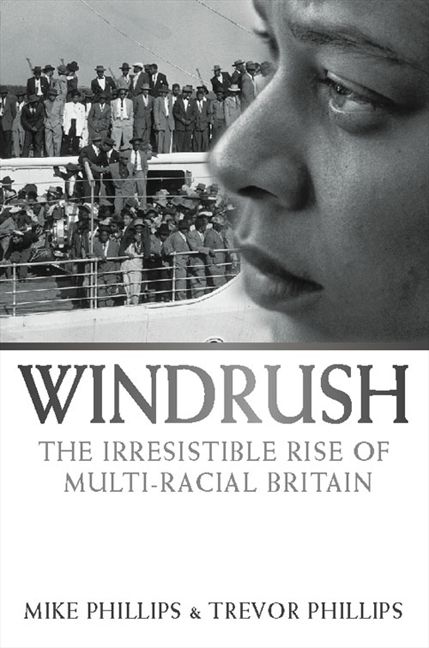 Broadcaster Trevor Phillips and his novelist brother Mike retell the very human story of Britain’s first West Indian immigrants and their descendants from the first wave of immigration in 1948 to the present day.

Windrush: The Irresistible Rise of Multi-Racial Britain opens with the memories and impressions of the survivors of the voyage of the Windrush, the troop ship which brought the first West Indian immigrants to Great Britain in 1948. Fifty years on, the migrants tell an epic tale of British life in the twentieth century, through the witness of their descendants, friends, neighbours and colleagues, and the testimonies of politicians who made the key decisions alongside those who were then opposed to the presence of the black settlers.

Windrush moves through the crucial events of British social history in the second half of the twentieth century: the great riots of the late fifties and early sixties, the hysteria of Powellism, the remodelling of England’s inner cities and the current passionate debates about the meaning of Englishness.

Concluding with a portrait of multi-racial Britain in the present day, Windrush is a celebration of the black British and of the new heritage Britain will carry forward into the twenty-first century.

Michael Angus Phillips, OBE FRSL (born 8 August 1941) is a British writer and broadcast journalist of Guyanese descent. With his brother, the political journalist Trevor Phillips, he wrote Windrush: The Irresistible Rise of Multi-Racial Britain (1998) to accompany a BBC television series.

Be the first to review “Windrush: The Irresistible Rise of Multi-Racial Britain ” Cancel reply

When and Where I Enter: The Impact of Black Women on Race and Sex in America